Alphonso Johnson is an iconic musician from Philadelphia, Pennsylvania whose contributions with the electric bass set the landscape of music to come. As Weather Report’s bassist, Johnson’s warm tone and fluent chops contributed to the band’s initial breakout from avant-garde into funk fusion. His playing was featured on the songs “Mysterious Traveler”, “Scarlet Woman”, and “Cucumber Slumber” which he co-wrote. Alphonso played with the group Santana and also toured with saxophonist Wayne Shorter, pianist James Beard, drummer Rodney Holmes, and guitarist David Gilmore playing S.R.O. shows that stretched across Europe and Japan. Johnson has taught all over the world and in 2004 was appointed Adjunct Professor of Music at the University of Southern California and Part-Time Lecturer at The California Institute of The Arts.

I first began composing after watching the girls in my neighborhood playing jumprope. From the rhythms created by the rope hitting the ground, and the sound of the feet pounding the pavement to avoid getting tangled up in the rope as it swung below and above their heads. I felt an absolute sense of melody connection with the visual imagery. This childhood experience would lay the foundation for what would become a very complex journey in my musical future.

In addition to my urban music experiences, I also have a substantial background of performance and music-related employment. As a student at The Edwin H. Vare Junior High School in South Philadelphia, I found myself under the guidance of Dr. George Allen who made sure that everyone would get the necessary academic basic understanding of harmony and theory. But even more important, he would instill in every member of the school orchestra the importance of understanding why we were playing music and how each composition was created by the composer for a specific reason to move the listeners. 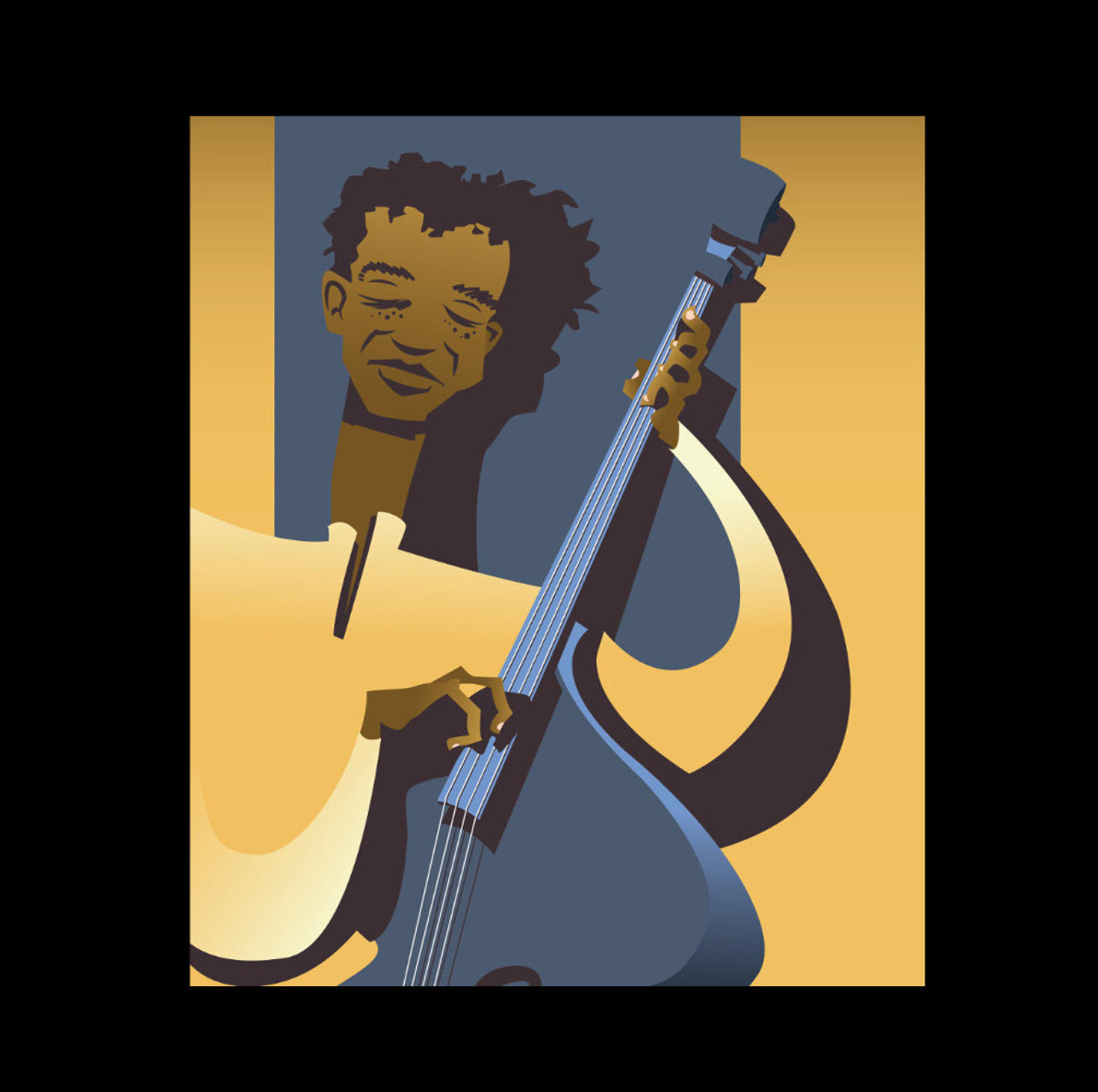 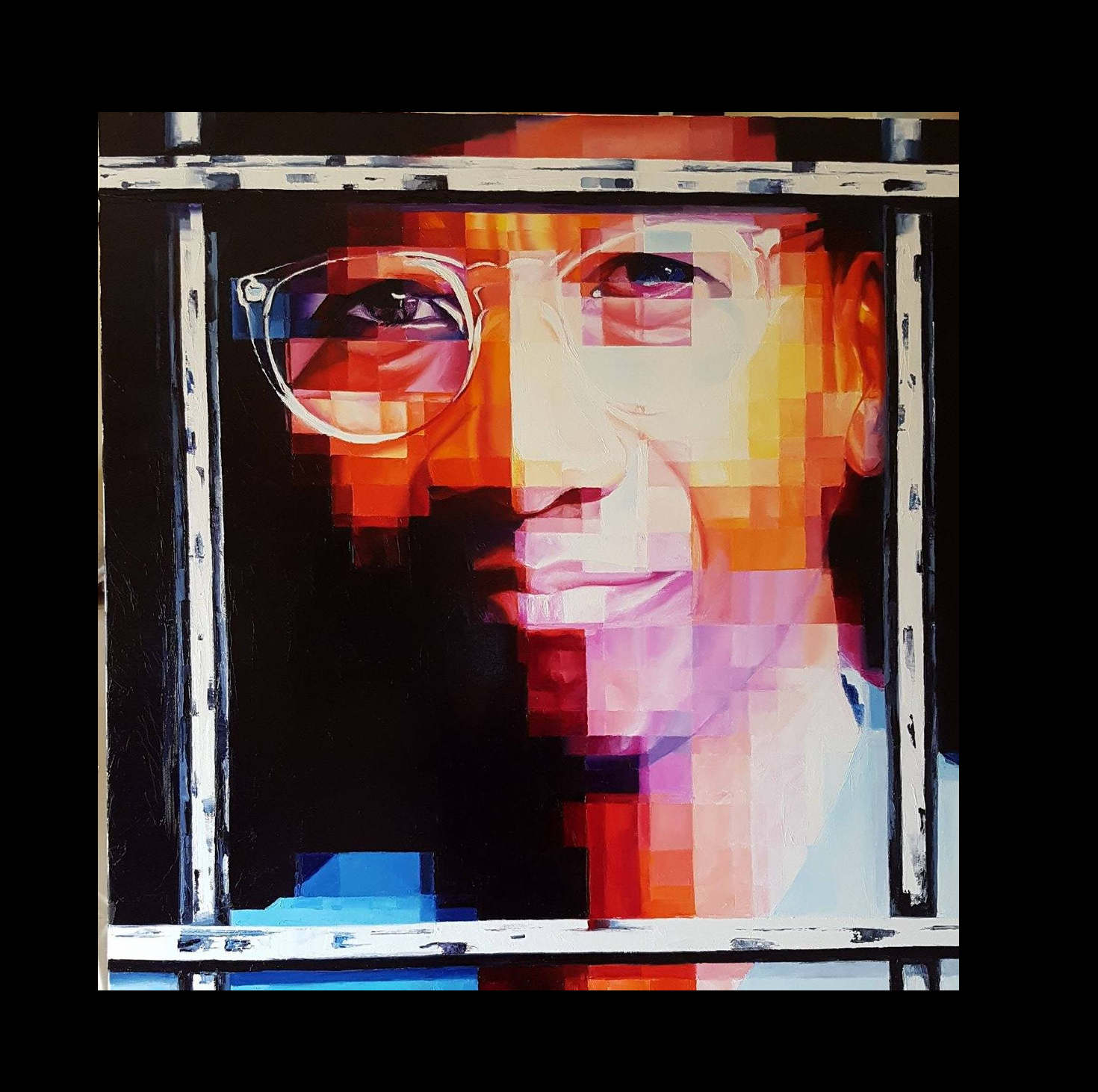 Click the play button below to listen to Alphonso Johnson

After graduating from junior high school I attended The Edward W. Bok Technical High School which did not have a music program. Since all of my older brothers were alumni of the school, I decided to follow in their footsteps and study woodworking and cabinetmaking as a trade. My parents wanted me to have a skill that would allow me to get a job and have a way to support myself financially, but I still felt the pull of music. I would attend school during the daytime and after finishing my homework, I would get permission from my parents to play at some neighborhood house parties. Sometime I would play bass along with recordings while my friends danced, and on the rare occasion a drummer and guitarist would show up and we would make up songs on the spot. I didn’t realize this at the time but this experience would be one reason why I’m still alive today. Playing music kept me involved in creating something positive that made so many people happy, and the alternative facing me and many of my friends which were the street gangs that were eager to recruit new members.

After graduating from high school, I landed a job with singer Ronnie Dyson and at that time I was earning almost as much every week as my parents. Having financial freedom and independence at such a young age allowed me to take certain chances not normally afforded to a young African-American. I was able to take private music lesson with Mr. John Lamb who was the bassist with The Duke Ellington Orchestra. It was during my time studying with Mr. Lamb that I began to understand the importance of having a good teacher, and how to spark the curiosity of a student so they are encouraged to learn how to explore and discover the importance of music as an art form.

During my time in Philadelphia I had the privilege of playing music with such local legends as Eddie Green (keyboards), Sherman Ferguson (drums), Morris Bailey (saxophone) and vocalist Billy Paul (recorded “Me and Mrs. Jones”). These musicians encouraged me to always take the music as far as humanly possible no matter what the odds were. After traveling and performing music from 1968 - 2005, and having raised three children while living in Los Angeles, I decided that it was time for me to return to my academic studies and get my degree in music education. I was able to stay in town and integrate myself into the studio recording scene so I could afford my college education. In 2014 I graduated from The California State University, Northridge with my Bachelors of Arts Degree in Music Education.

All of these experiences have given me the life skills of survival, determination, time management, and how to appreciate living in the moment. It is my goal to incorporate these skills into my music and pass this onto my students 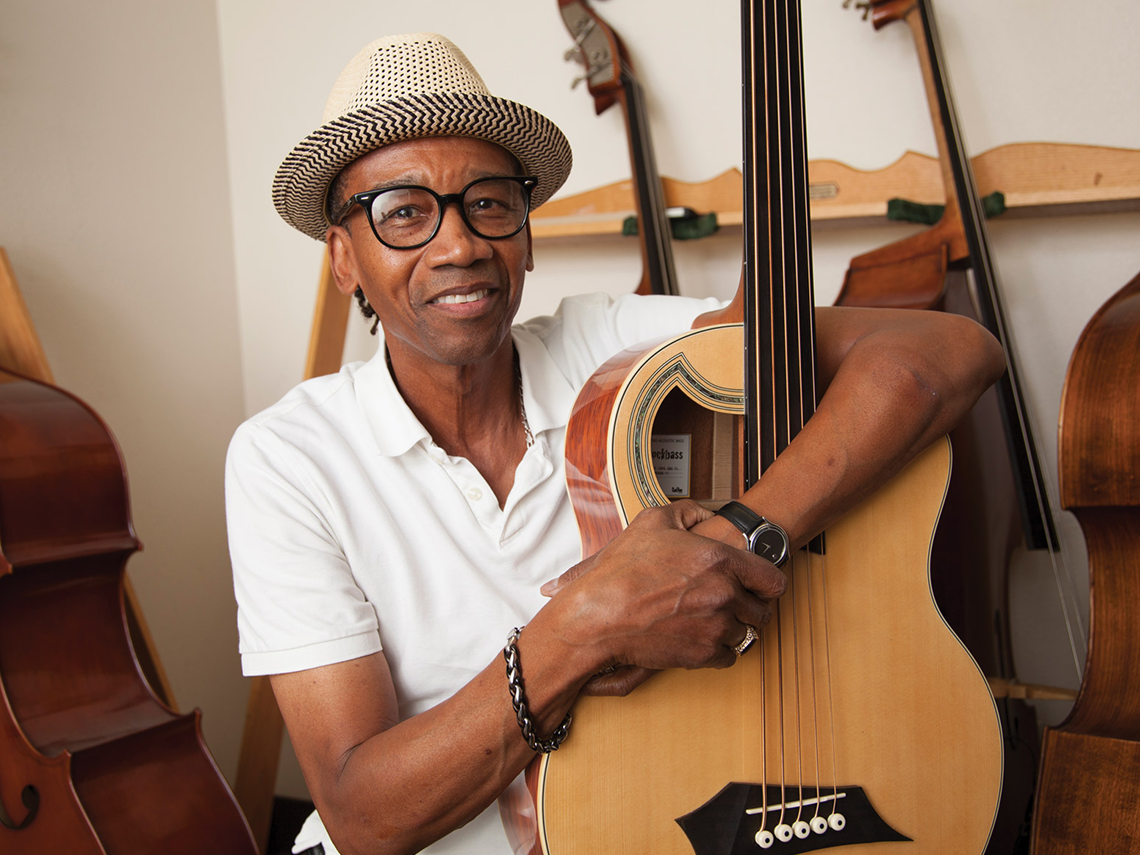 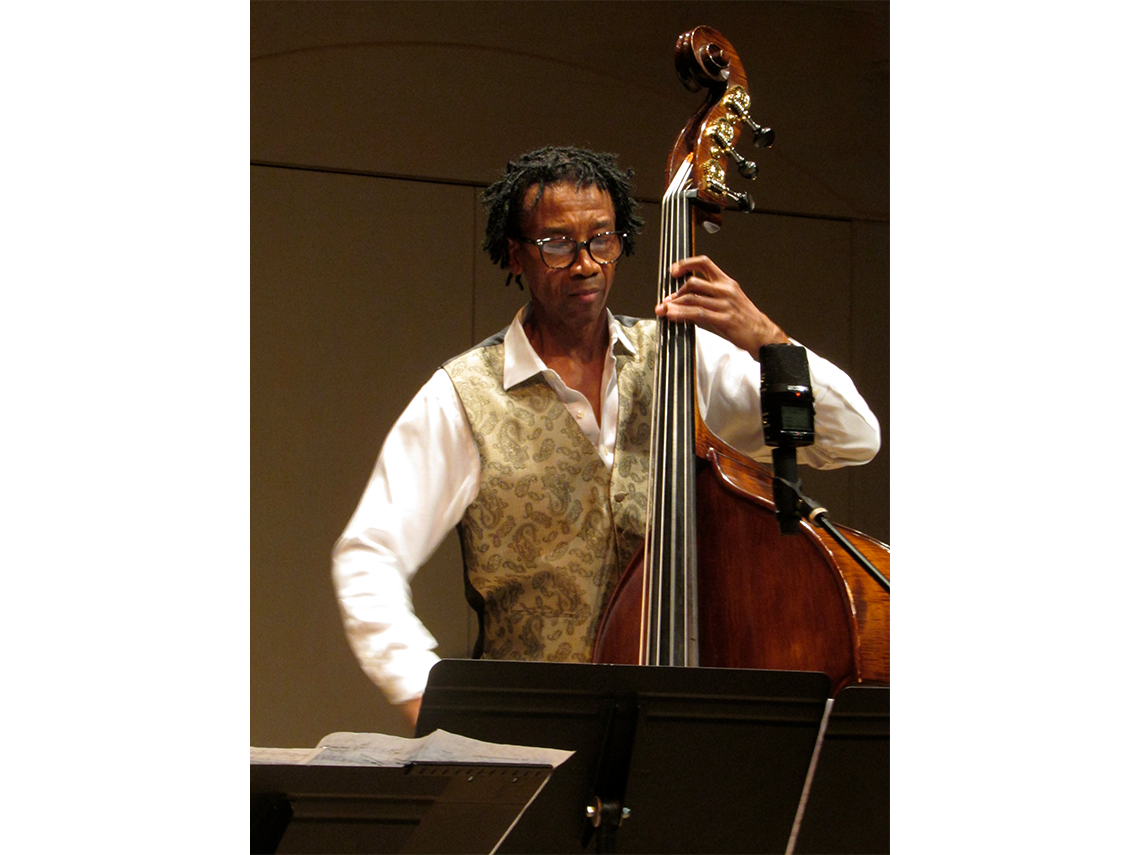 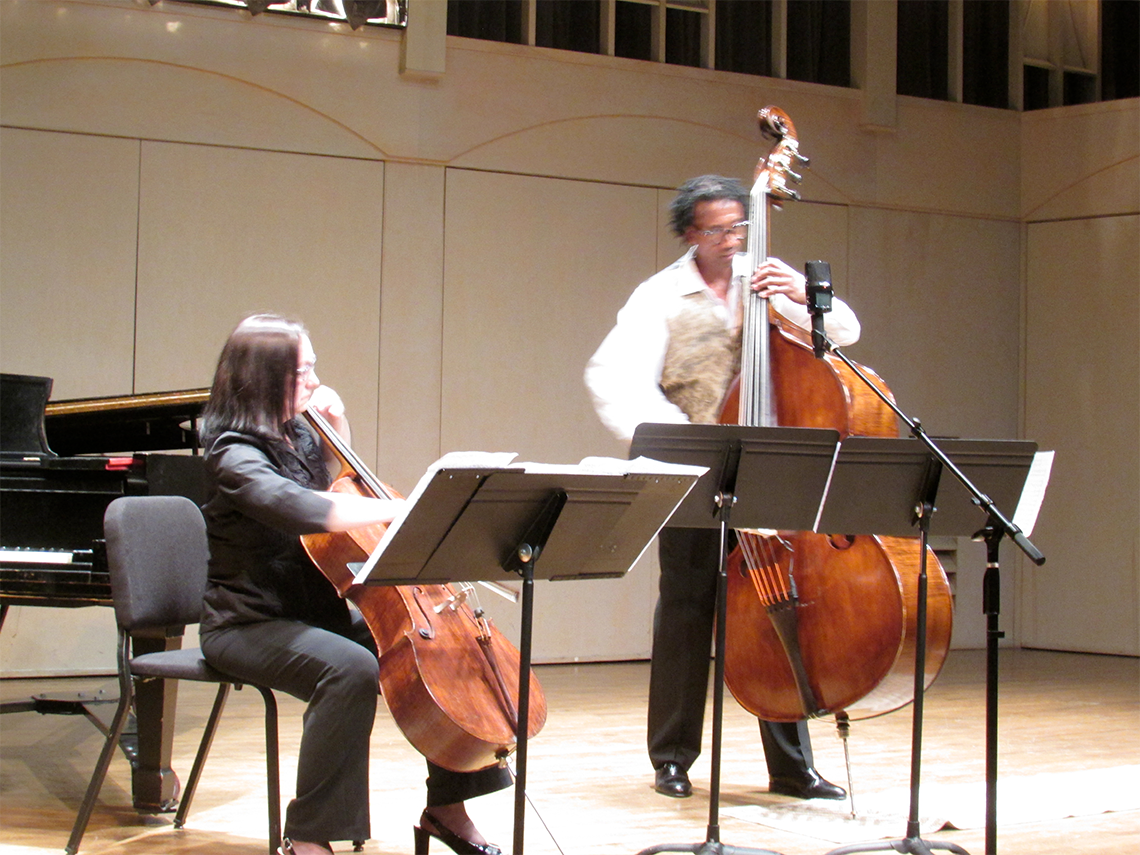 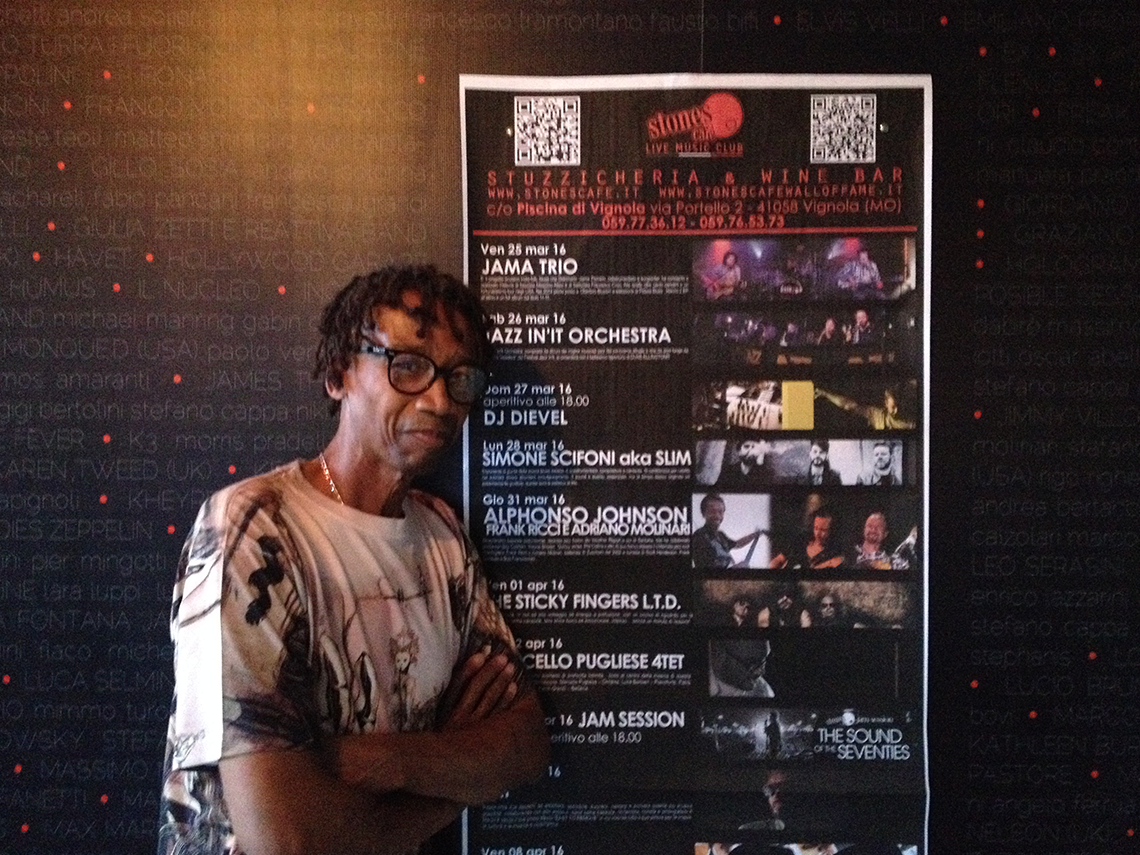 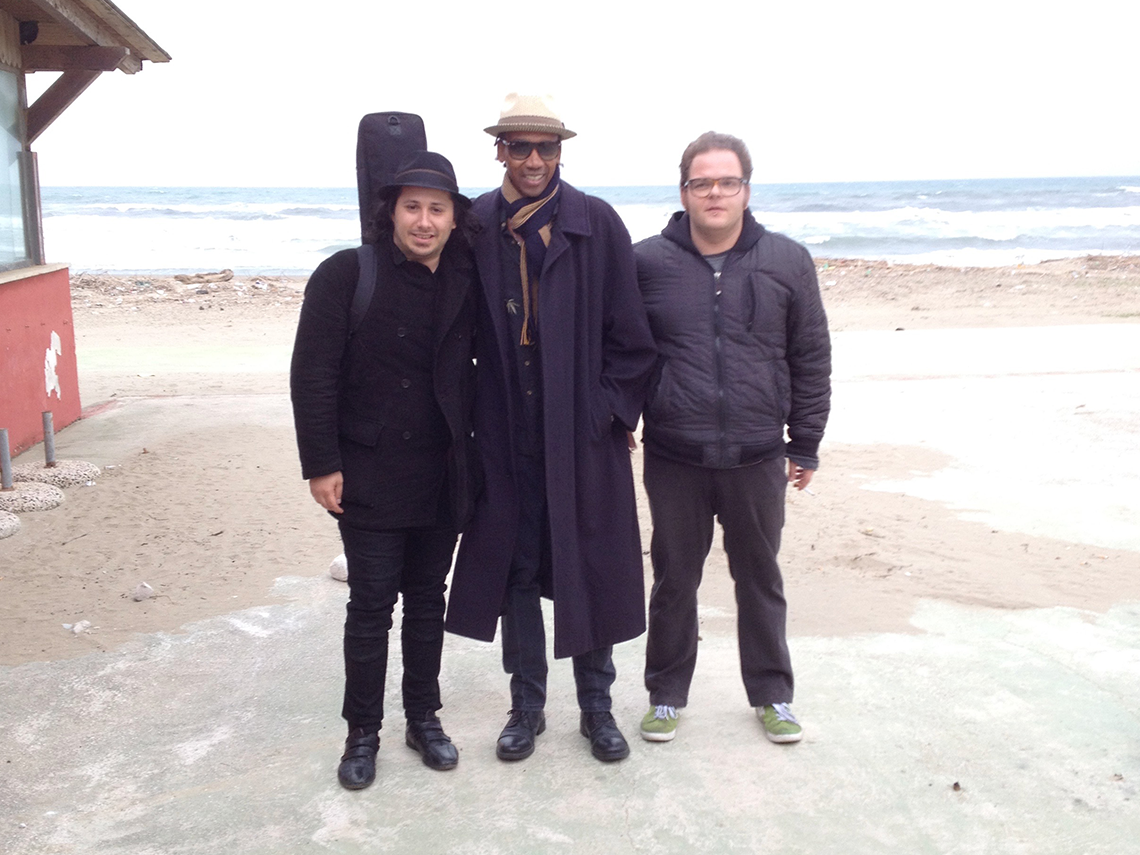 2016 Alphonso Johnson Tour in Italy with Frank and Archelao. 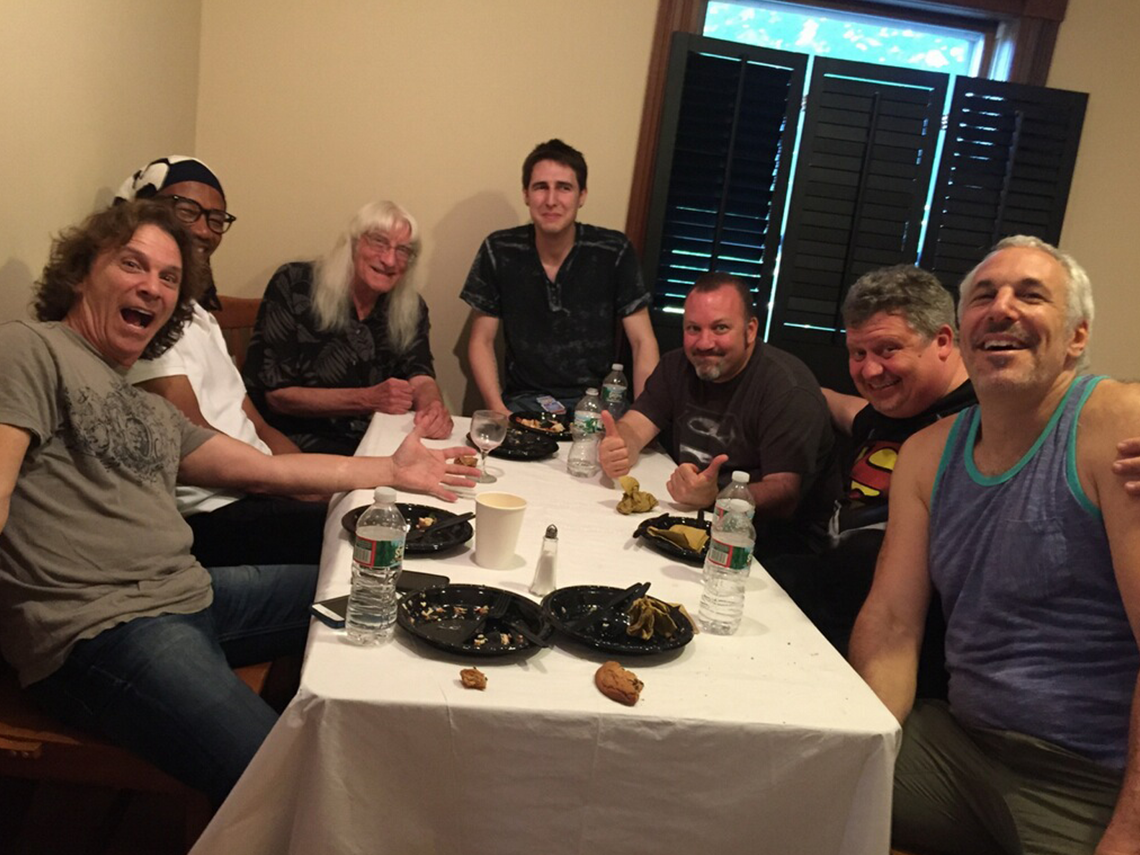 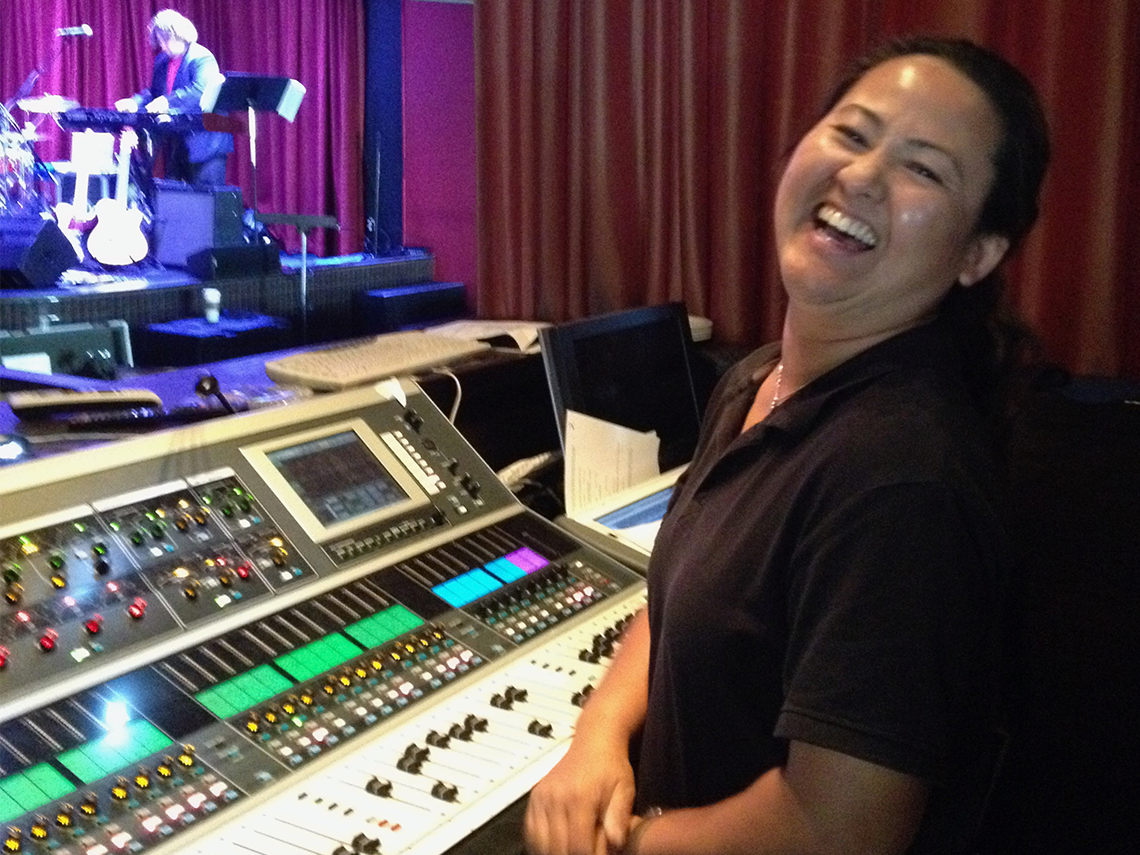 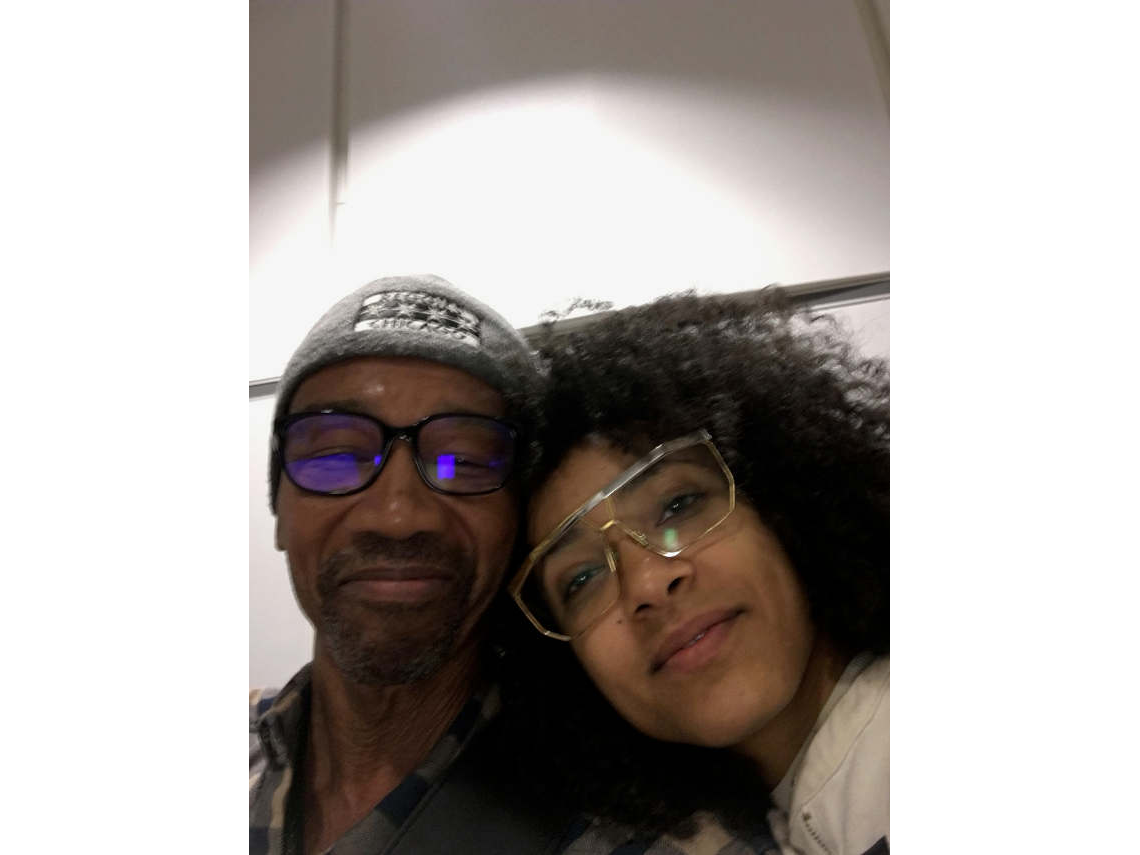 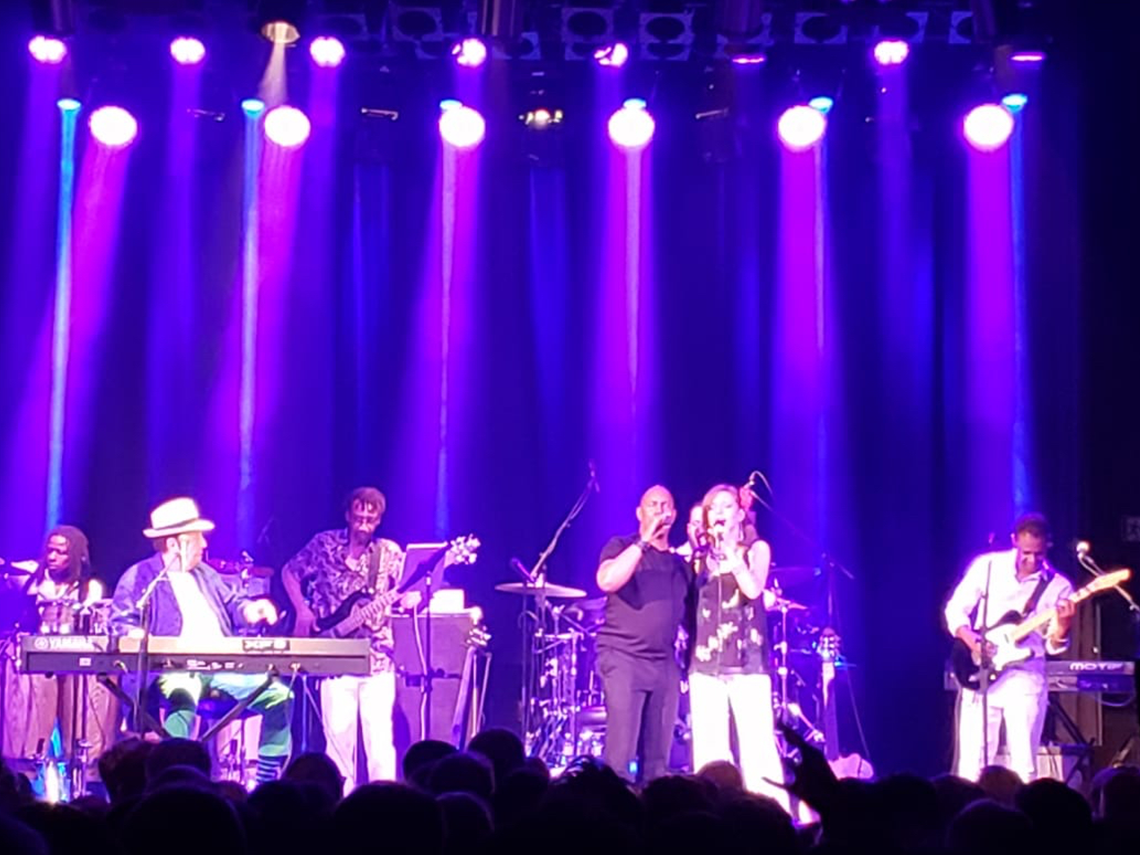 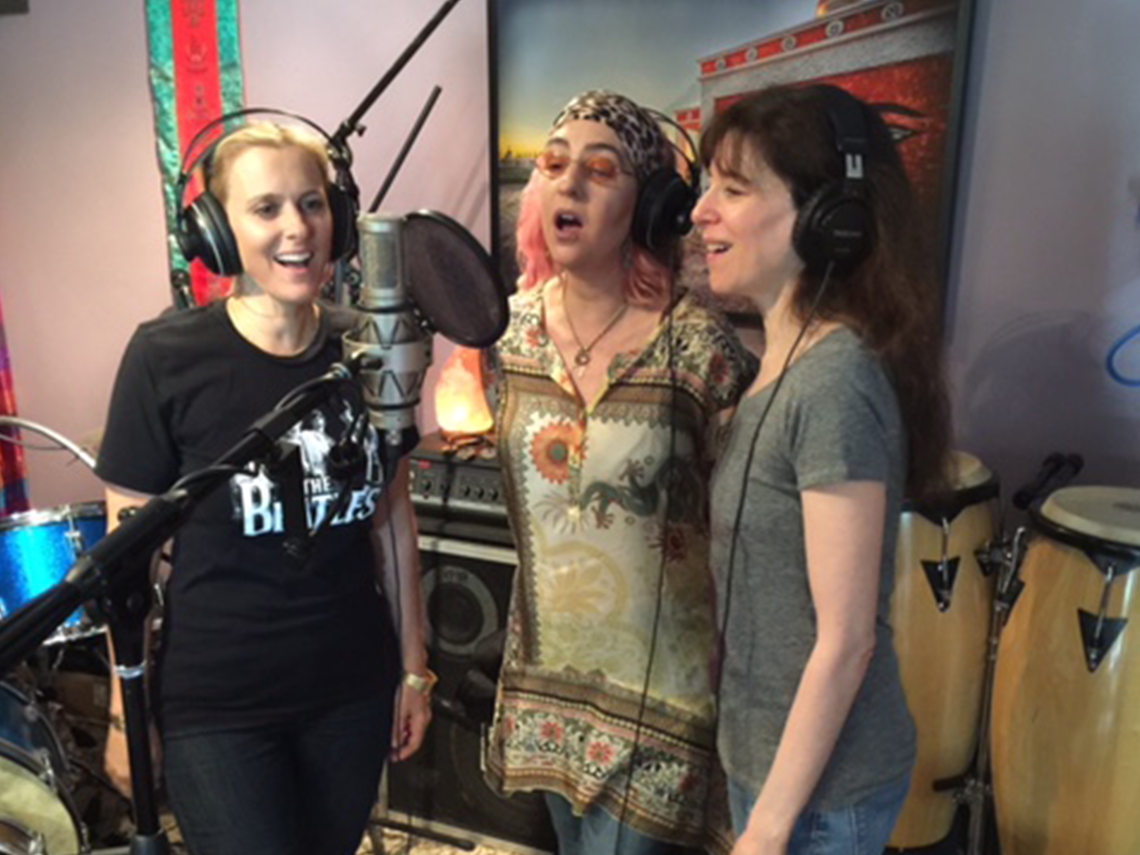 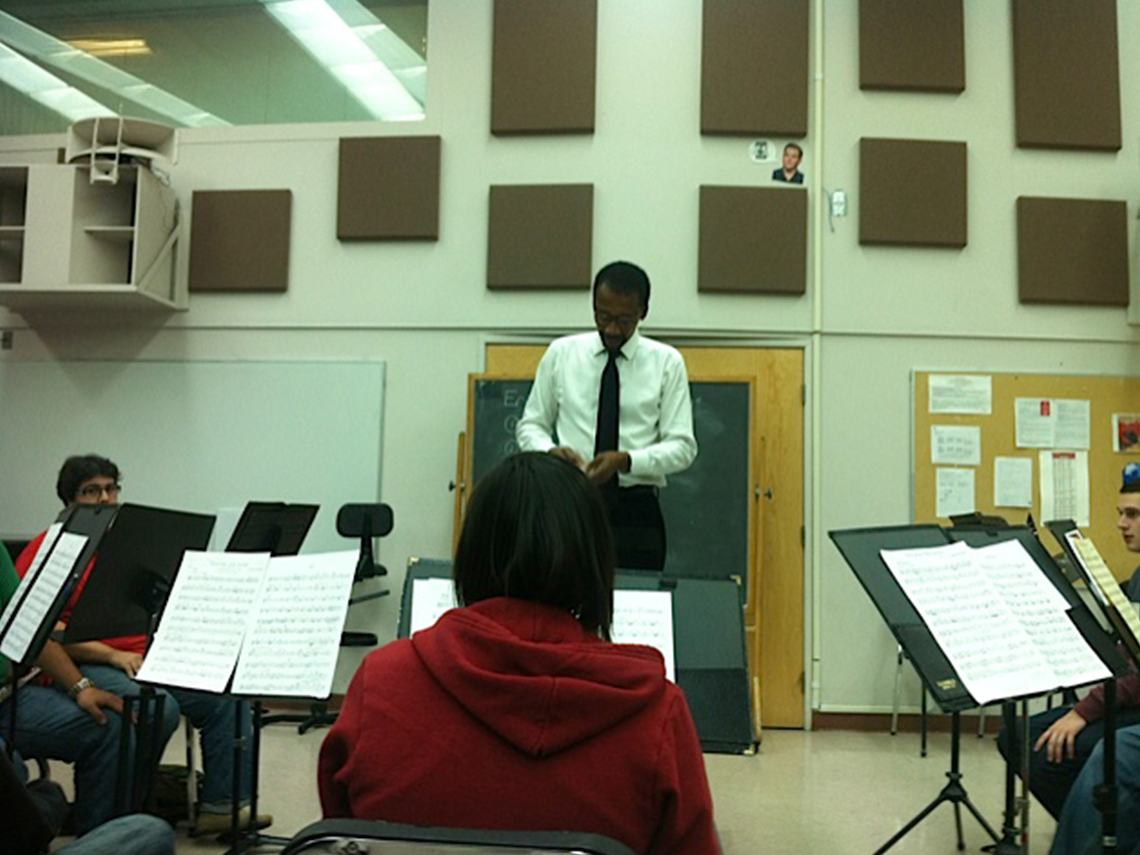 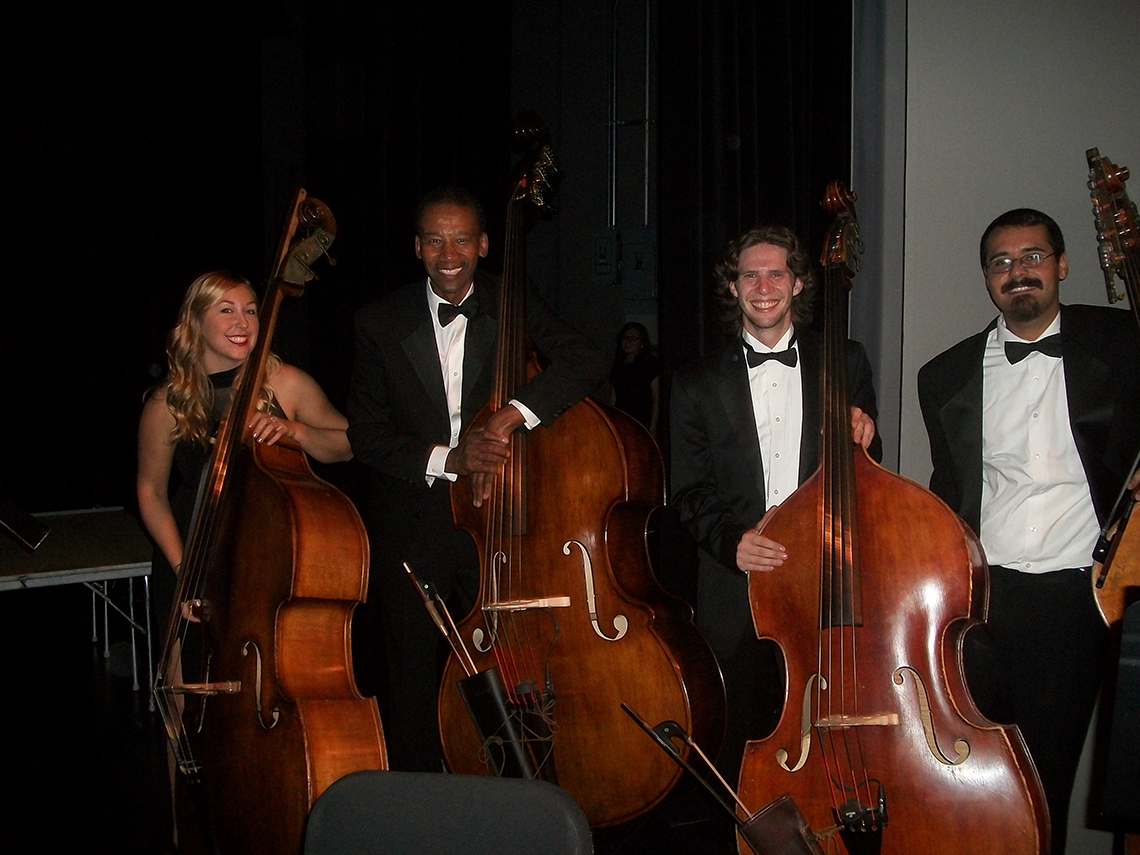 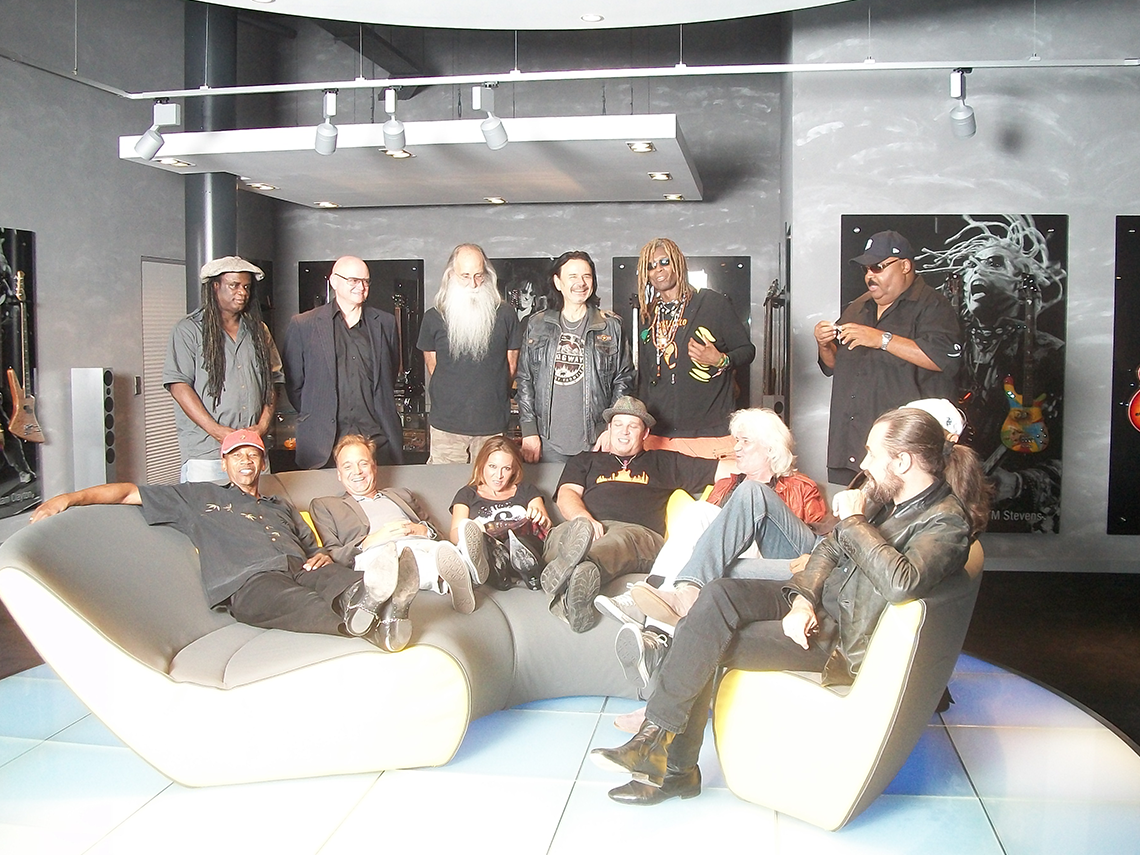 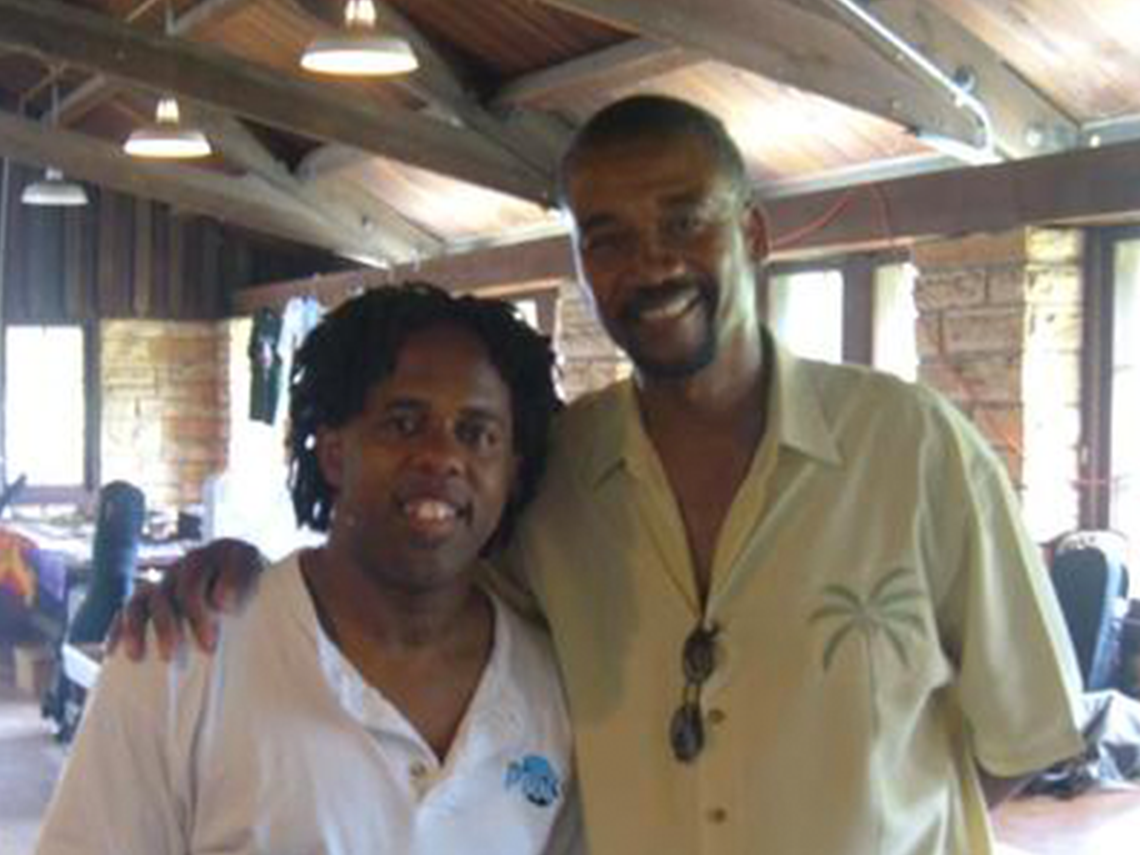 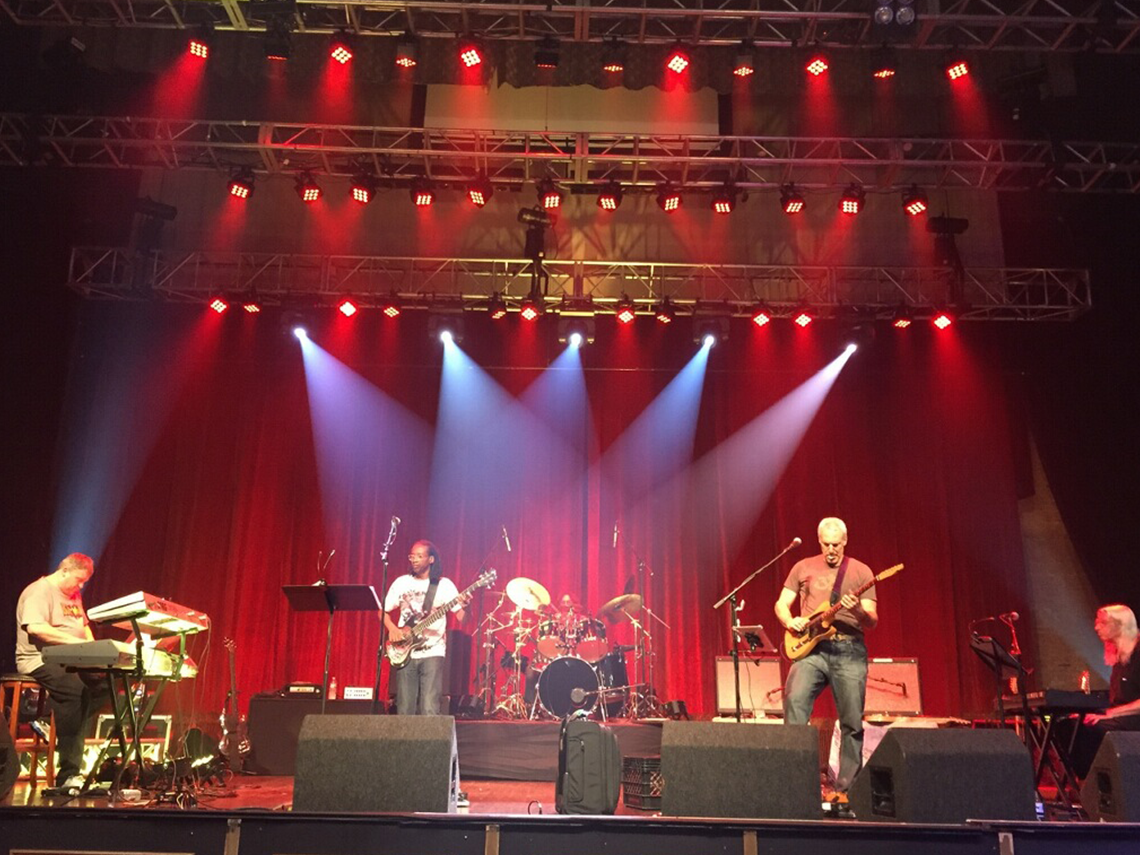 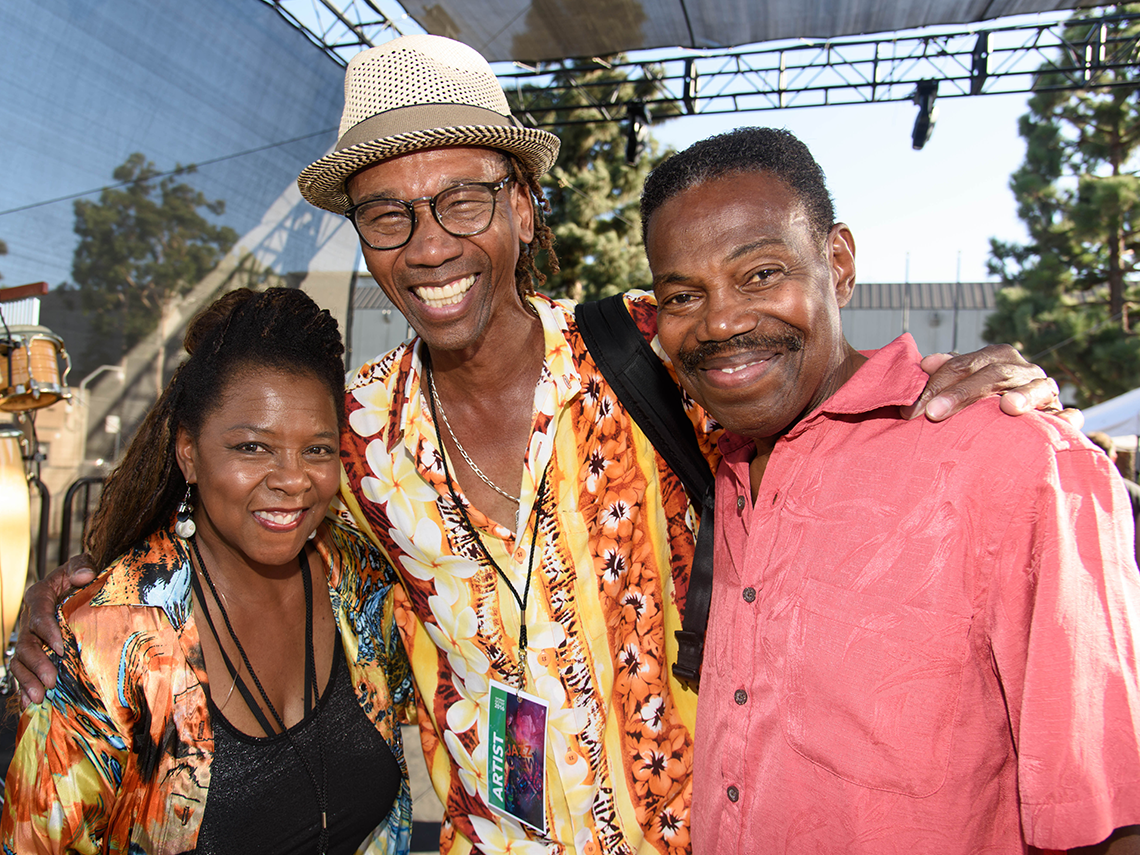 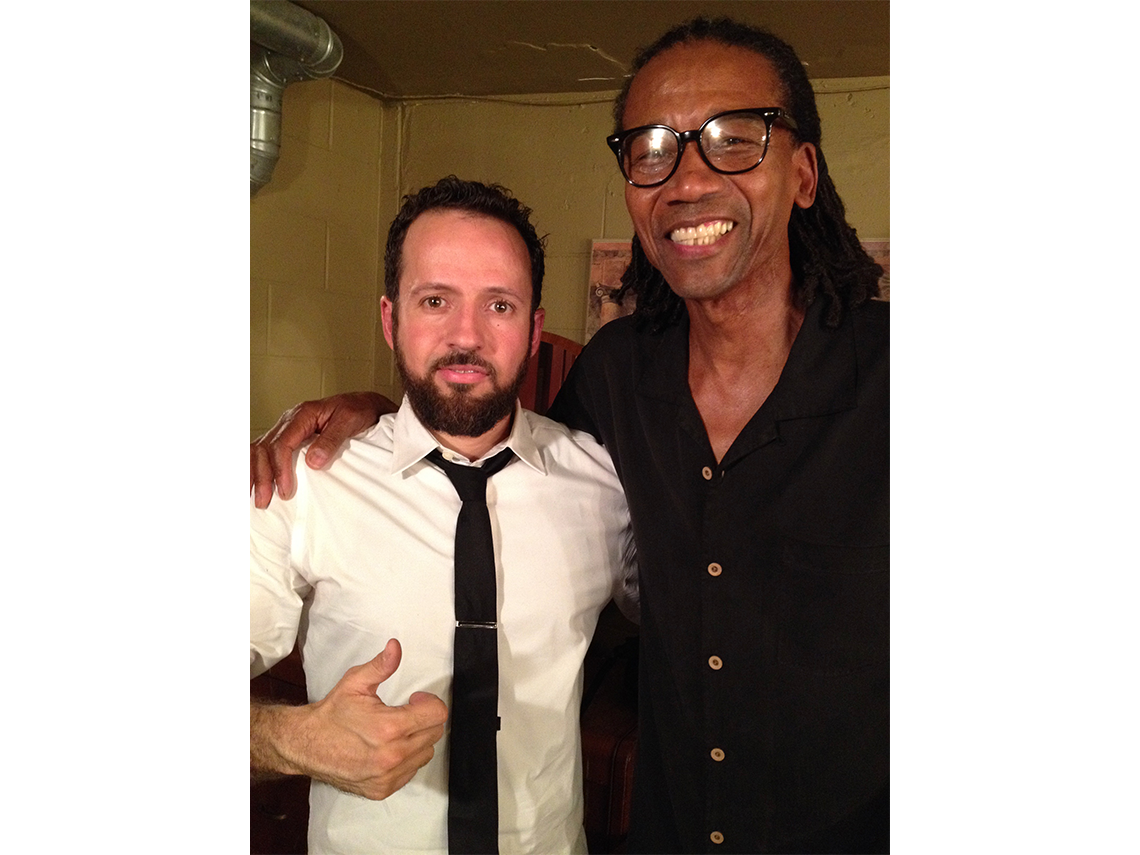 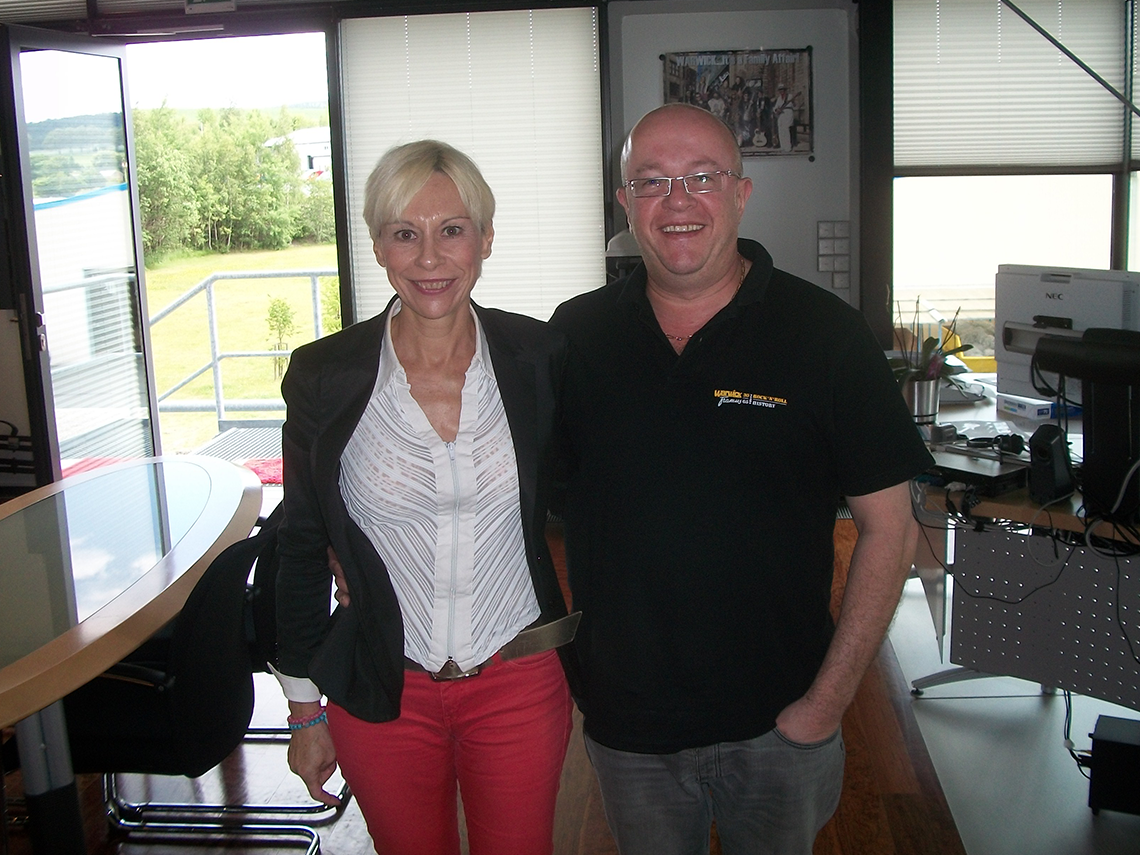 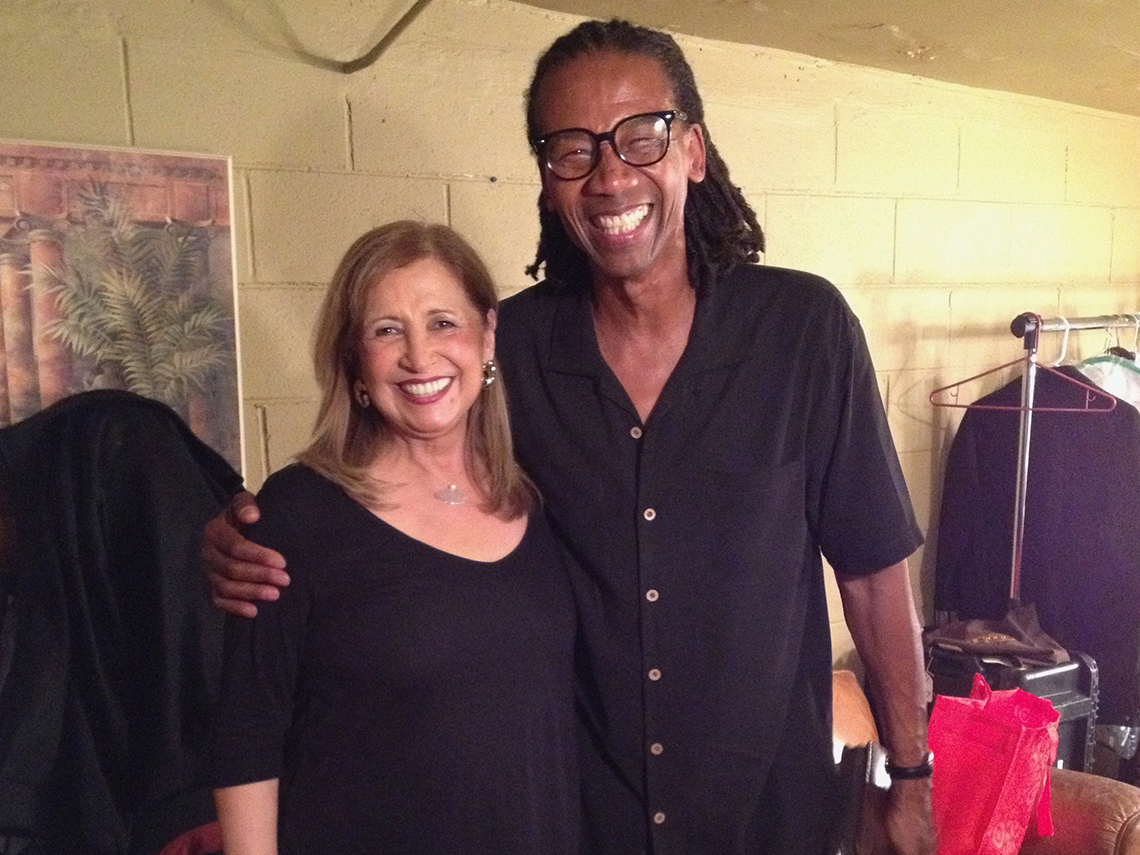 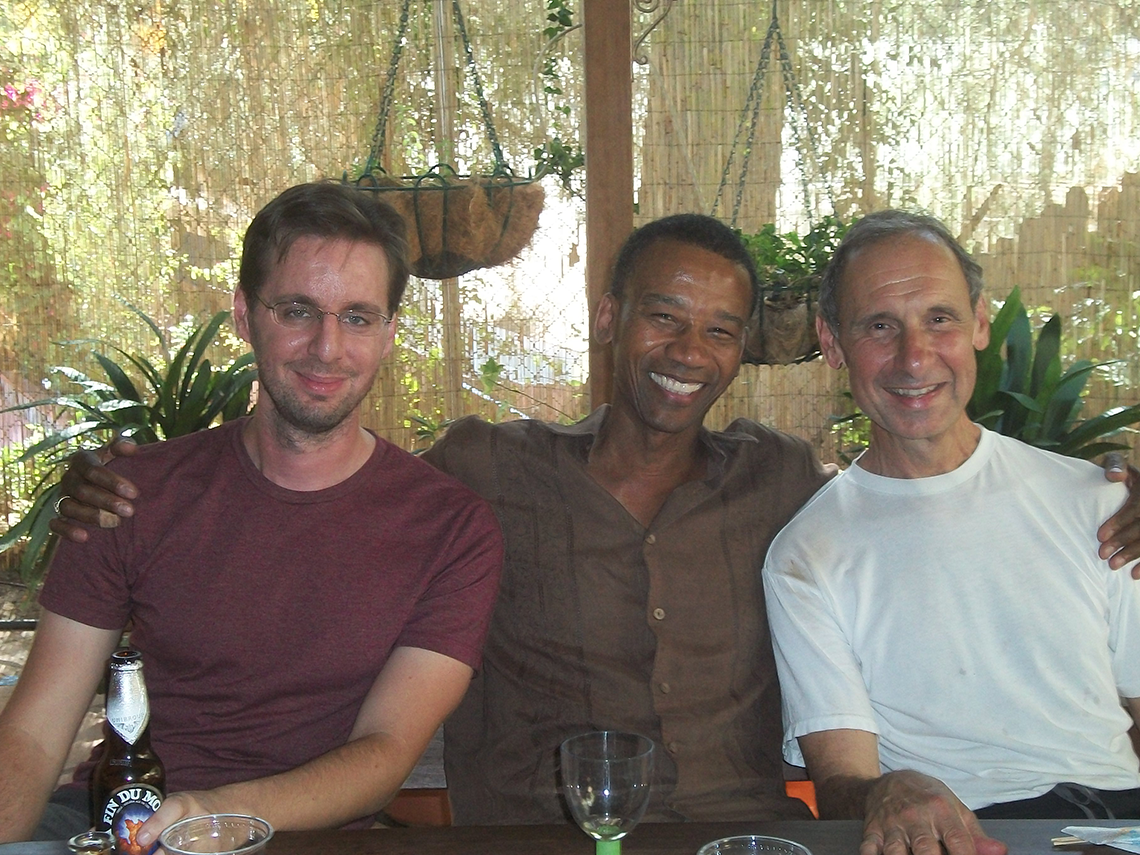 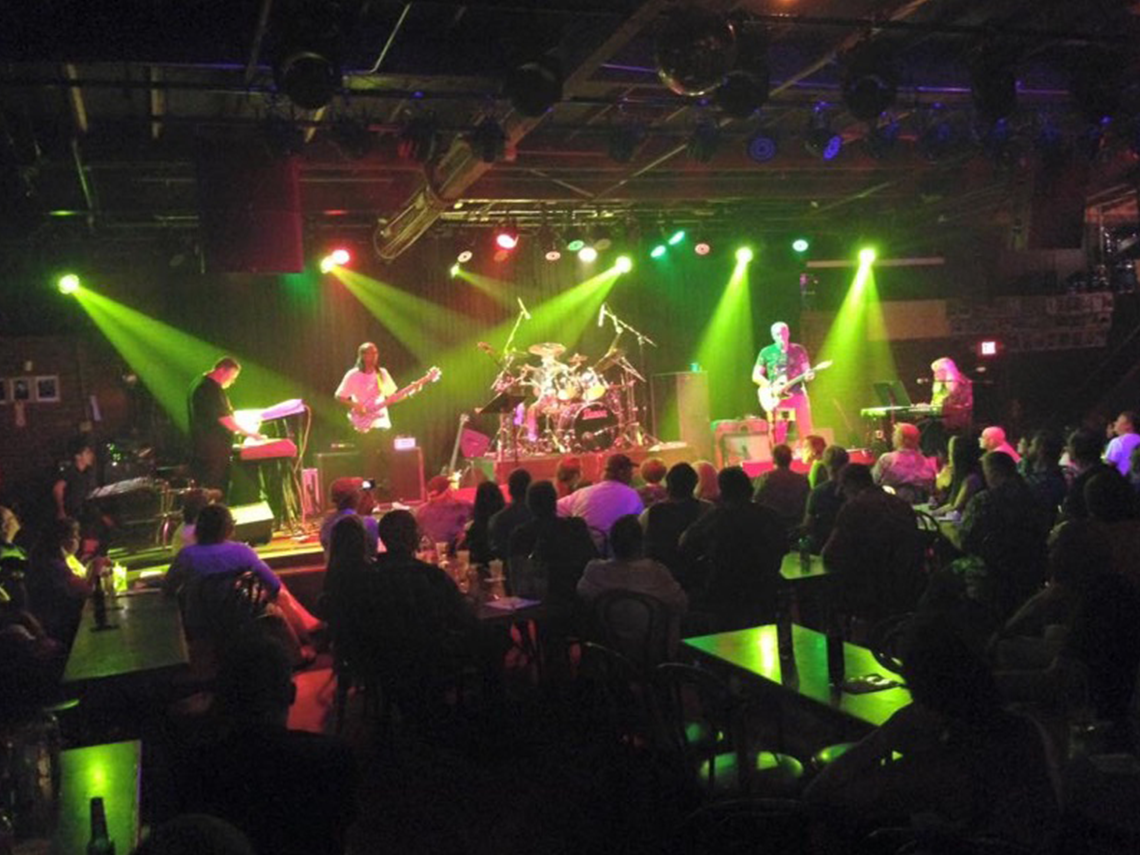 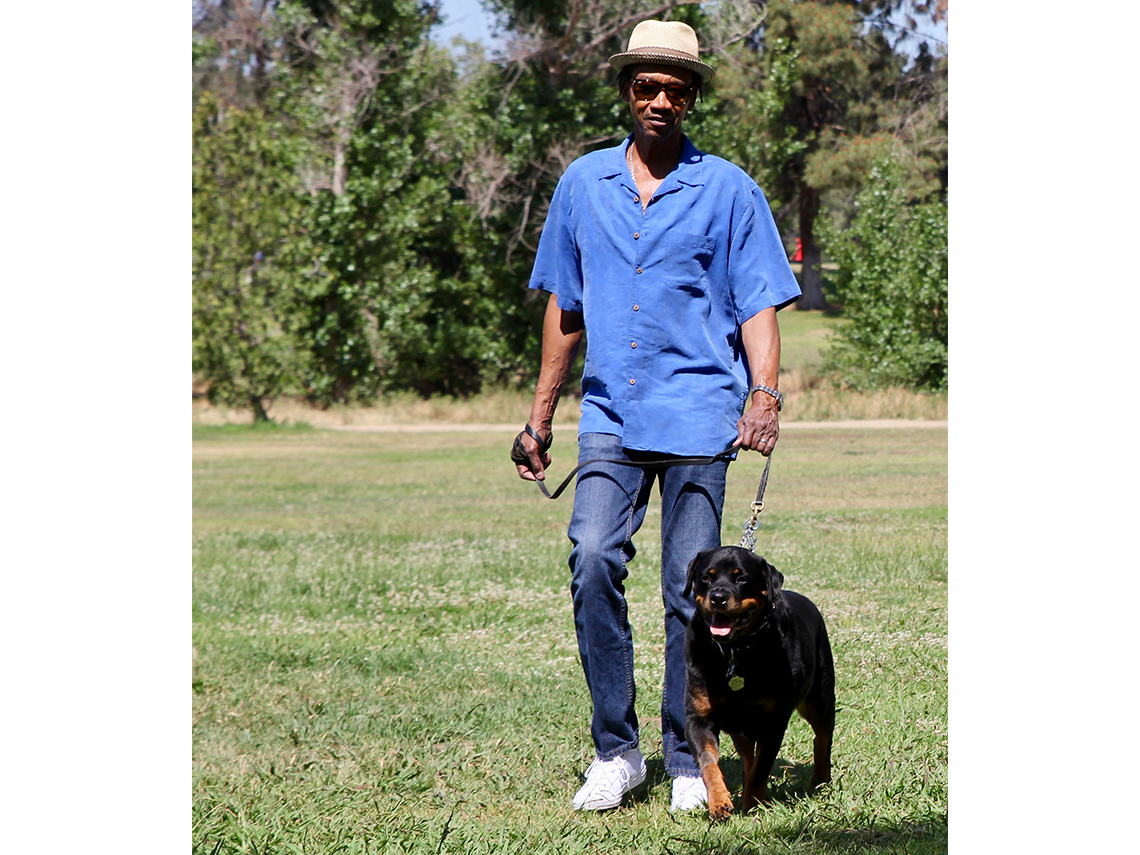 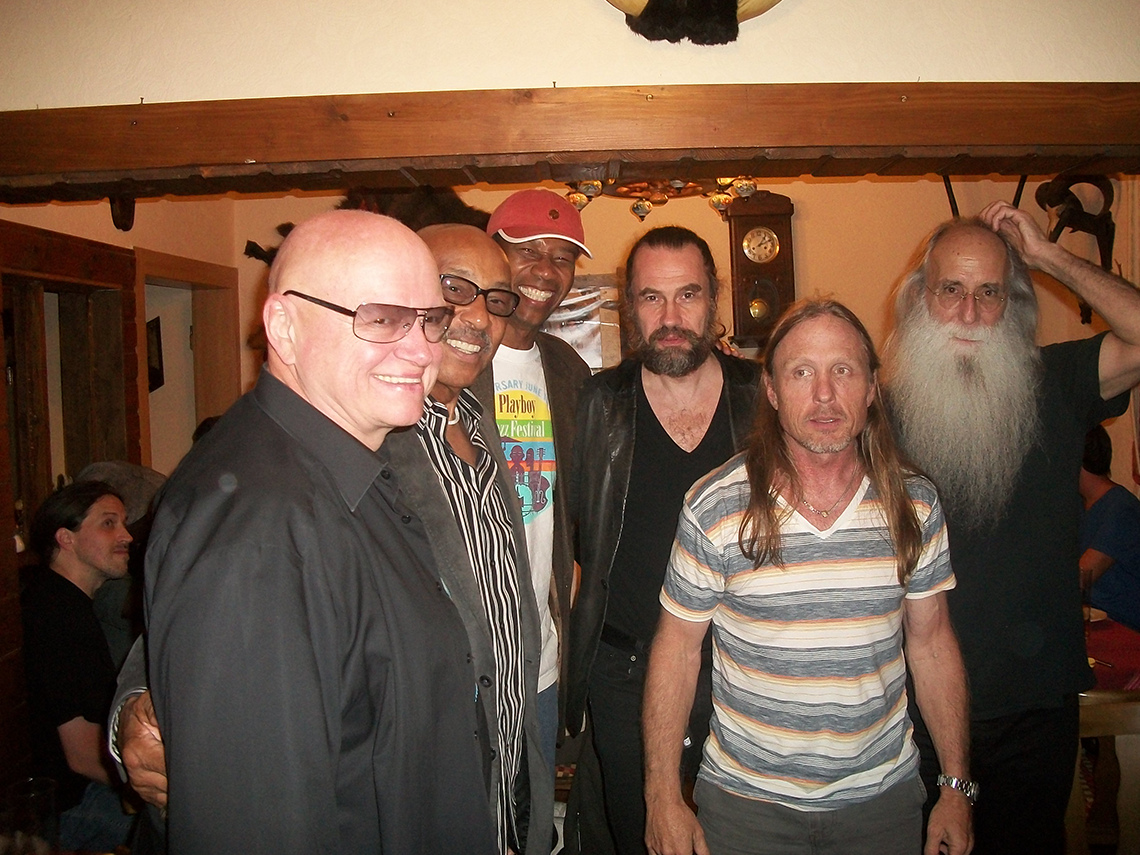 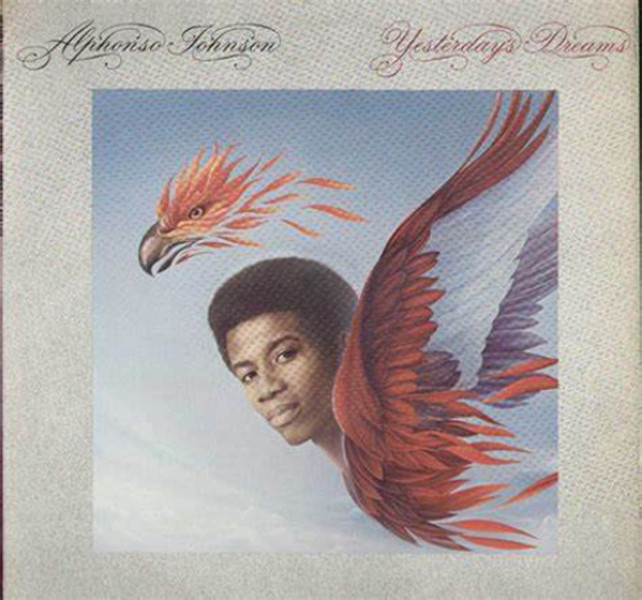 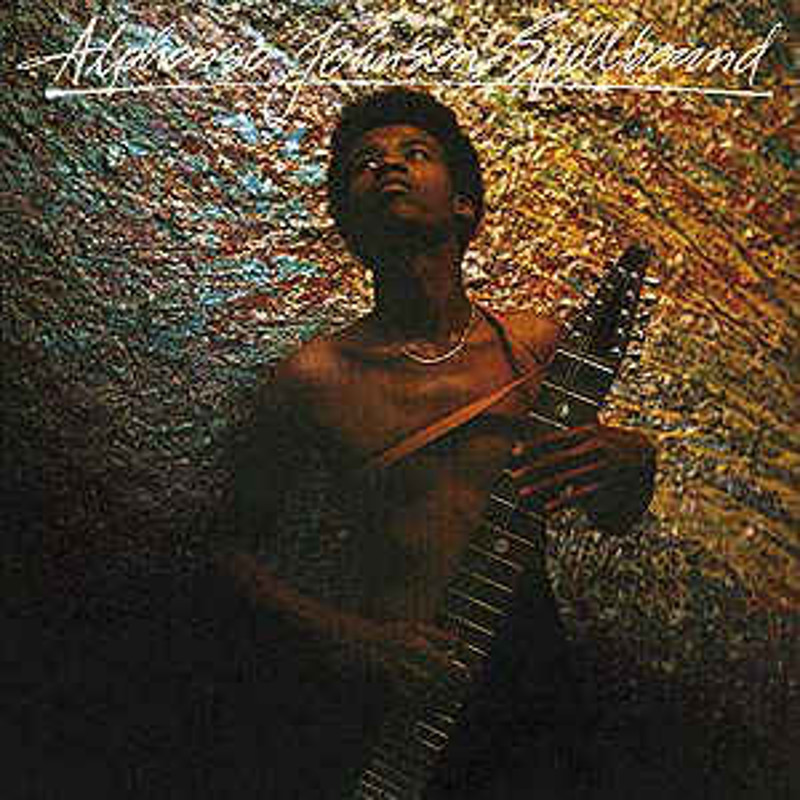 “Touching You, Touching Me” (1979)
Warner Brothers

“Bobby and the Midnights” (1981)
Arista/Columbia Records

“Where the Beat Meets the Street” (1984)
Columbia Records

“Beyond The Thunder” (1995)
Higher Octave Music